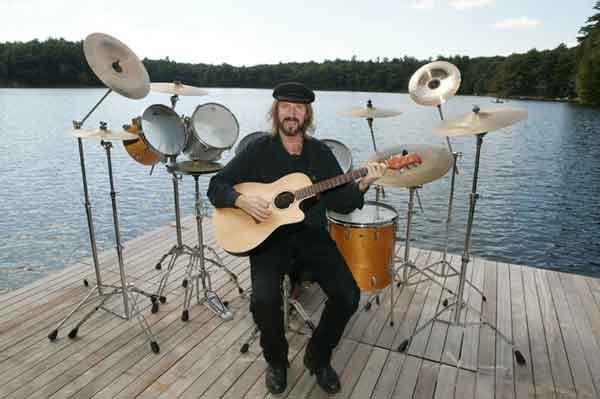 Alan Goodrich is a singer-songwriter, guitarist and solo performer based out of Concord, MA. Alan has been performing throughout New England for decades. His love of songwriting, playing guitar, singing, and playing live has culminated in the recording of “Out On A Limb,” his first solo album, available now on CD from I.E.M. Records.

Over half of the all-original songs on his new CD are in the “acoustic rock” or “singer-songwriter” style with catchy melodies, strong vocals and guitar playing. Musical styles vary from rock, blues, and acoustic pop, to electric rock, funk, and even some “jam band” style stretching out. Alan is joined on guitar on several tracks by former Alligators band-mate Erik Ringstad, and also Bruce Marshall of Toy Caldwell (Marshall Tucker) Band fame. “Out On A Limb” features Alan playing a variety of instruments including drums, guitar, percussion, bass guitar, and even clarinet. The CD has 13 new tracks and four bonus tracks, clocking in at over 62 minutes of music. Most of the songs on “Out On A Limb” were written solely by Alan. There are also some collaborations on the CD where Alan co-wrote songs with Kristin Herther, Erik Ringstad and Squire Mahoney.

Alan Goodrich’s solo CD “Out On A Limb” has now been added at over 40 radio stations across the Eastern United States. (With one chart position in college radio at #23 as reported to CMJ!)

In addition to shows with Bruce Marshall, Alligators shows and Alan Goodrich solo shows, Alan has also performed live with Rock and Roll Hall of Fame inductees The Platters, Greg Hawkes of The Cars, and T Lavitz of The Dixie Dregs, Jazz Is Dead, Pat Benatar, and Jefferson Starship fame.

Alan Goodrich is also known for being the lead singer and drummer for “Alan and The Alligators” band, as well drumming, singing lead vocals and playing acoustic guitar in the “Acoustic Alligators” (the acoustic duo presentation of the band). The Alligators critically-acclaimed debut CD “Reptile Rock” (released in 2000 on I.E.M. Records) has thus far been added at over 75 radio stations across the US and Canada, and charted twice in the Top 10 in college radio as reported by CMJ. Alan also plays in the acoustic duo “Alan Goodrich & Bruce Marshall” with fellow Concord, MA, resident Bruce Marshall, who states: “Trained by jazz great Alan Dawson, Alan Goodrich is a rarity these days:  A rock solid percussionist who happens to be a singer, songwriter and guitarist of the first order.” 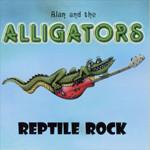 As Alan states in the CD liner notes: “Alan & the Alligators band (and Acoustic Alligators) are alive and well, but as I also enjoy doing solo performances, I thought it would be fun to record some of the songs I play in my live solo shows. This was a fun album to make and I hope you can hear that enjoyment in the tracks.” 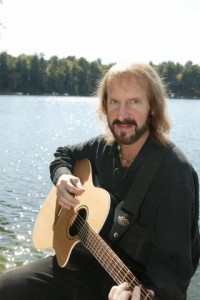 Below is a list of some of the radio stations that you can call to request your favorite song from the “Out On A Limb” CD, or just request “anything on the CD” to have them play track(s) already in rotation.

Alan and the Alligators

There are no upcoming events.

Alan and the Alligators Band

There are no upcoming events.